Well, there's another bold hostage-to-fortune type headline. But if the current limited polling is anything to go by, Ed M's in trouble...

Labour goes into the by election with no expectations of winning. Eastleigh is no 258 on their target list seat.  But on the current limited polling, they should be doing much better than this.

The two polls published so far run as follows 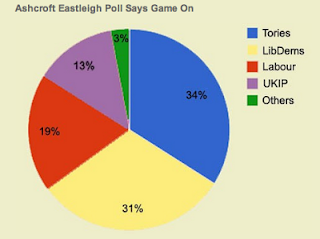 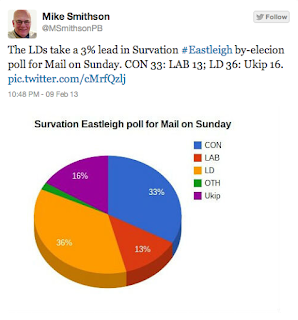 Now, while it's dangerous to read too much into these polls, they tell us a number of interesting things. It's close between LDs and Tories, UKIP is doing much better than they normally do (they took between 3 and 4 % in the last to GE's - maybe the local Tories are not as nuts as I thought picking a tea party candidate) - but the most interesting thing is surely, for now at least, the performance of Labour.

They should be doing much better than they are in a seat like this - as Andrew Rawnsley points out, they should be thinking about winning..

Look how they did in the last two GEs here 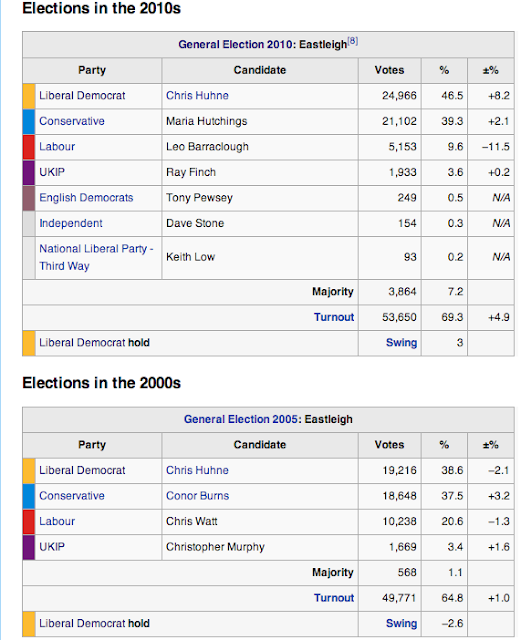 In the last GE, with Brown as PM leading a hugely unpopular government, and mass tactical voting, they still managed 10% of the vote - not that far off the figure the MoS poll gives them now, even with the demise of the 'vote Lib Dem to keep the Tories out' strategy. (Actually,  I saw a tweet from a Labour supporter claiming we were sending leaflets out in Eastleigh yesterday saying that - really? Not so sure about that as a strategy if it's true - but I digress...)

Even the first poll that gives them 19% really only matches the 20% they got in the General Election before one - when they were still in government. Oppositions are meant to do better than long term governments in seats they don't hold

As I say - two snap polls, small samples, a one off by election. But if Labour can't do better than their 2005 GE performance, when they were led by Tony Blair, post Iraq and all - then there's no way they'll win an outright majority in 2015. Their lead in the national opinion polls suddenly looks very soft indeed.