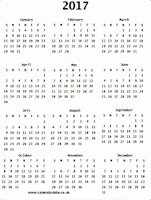 So, Labour high ups seem to think their polling numbers are going to improve considerable in 2017.

The one big thing that we (almost) certainly know next year is that the Brexit negotiations will begin. If they go spectacularly badly, the Tories will be punished. So, quite possibly will UKIP.

If they go spectacularly well  - a scenario which puts us in a tricky position politically, as we'd like them to go well, whatever are beliefs - chances are our poll numbers will drop.

But as things stand, the 'party of the 0%' (what a great phrase that is) can jump either way, when they see which way the wind is blowing.

And that is the game I think Labour are playing - and why we get contradictory mood music from them all the time...

It's a cynical waiting game.