Quite enjoying this General Election.

Yesterday morning was launch day - on Richmond Green with Tim, Sarah, the media, a dog, a baby and lots of diamonds. Heard Tim say 'we are not allowing a coronation to happen' in about 5 different interviews. Was expertly herded into a donut. Chatted about the non arrival of Richmond Park By Election badges with Baroness Kramer. Great fun.

Then in the afternoon was on College Green, sitting next to Tony Livesy on BBC 5 Live Drive for 2 hours, offering the occasional bon mot. Michael Howard came, said some terrible things, and left. Smiled at the tourists. Got caught staring wistfully at Vince Cable. Gave up my seat for Caroline Lucas. 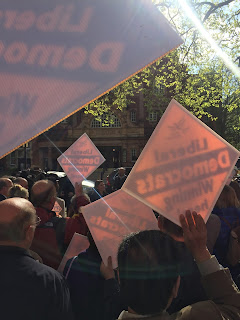 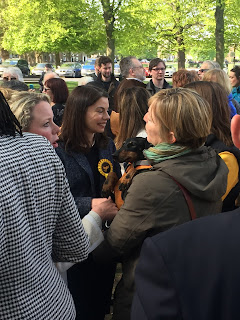 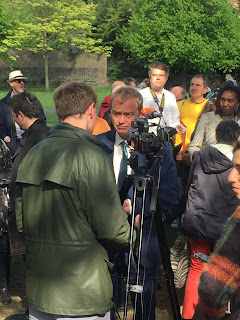 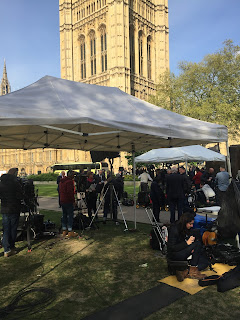 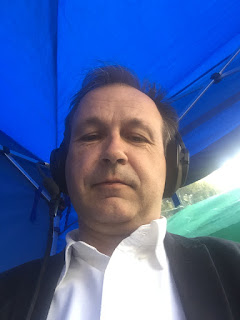 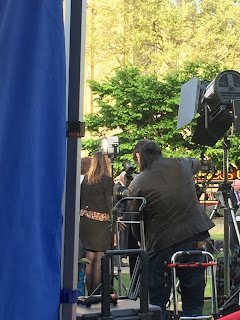 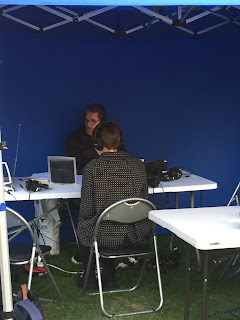