The Lib Dems and women...

Here's the shot I was sent yesterday of Mike Thornton being greeted at his new place of work on Day One at Westminster. Does anything strike you about it? 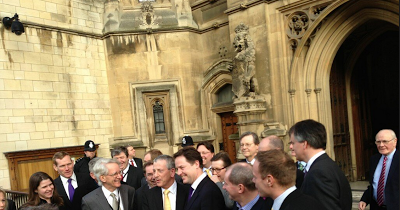 What occurs to me is: in the aftermath (and on going issue) of recent media attention, you'd think for a staged media shot welcoming a new member to Parliament that we'd do a bit of stage management and have some prominent women MPs front and centre.

But as you can see - we didn't. Yes Jo Swinson is there - just; and there's someone else (is it Tessa Munt?) hiding in the bottom right hand corner. But mainly it's a bunch of white, middle aged men looking rather pleased with themselves. It strikes me as an opportunity lost.

Just to check I wasn't being unfair, I checked what other photos featured in the press - this was just a snatched Twitter shot.

Unfortunately - it doesn't get any better.... 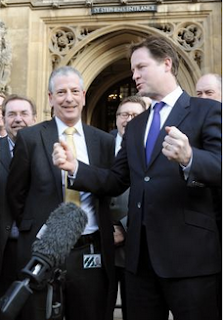 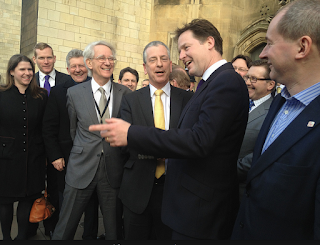 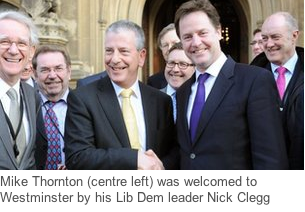 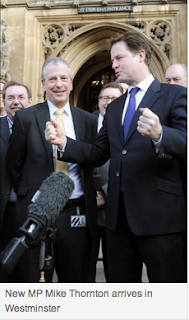 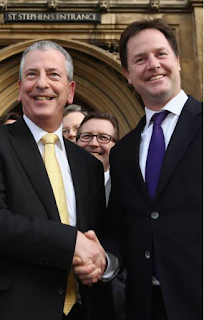 It strikes me that there's a bit of media management work to do here....

Of course it would help if more than 7 of our MPs were women.

You'd also have to say Labour is better at this; Here's what happened after they last won a by election 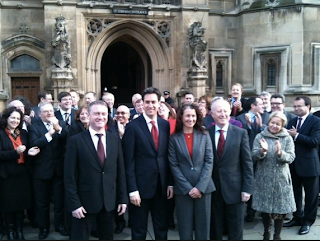