Well, yesterday in Parliament she said...

I'll know if Brexit has worked.

So, the deed is done and the letter has been delivered - the Brexit process has begun.

In an excellent and thought provoking piece in The Guardian today, Rafael Behr argues the case that there is no going back now. And more to the point, no matter how badly it goes, the Brexiteers will always be able to argue the case that it's only because its not a tough enough Brexit, and if only it was done properly, all will/would have been well.

The problem as he sees it, it that there's no alternative history to compare and contrast. As Rafael puts it...

"Pro-Europeans will struggle to disprove those arguments because there will be no demonstrable counterfactual. The claim that Britain would have been better off on a different path will be no more effective than the prediction in last year’s referendum that Brexit would hurt. No one who ignored that warning wants to be assailed with a smug chorus of “we told you so”. "

And its on this point that I disagree with Rafael. Because I fear there is a counterfactual.

While I think on balance, Britain will be economically worse off out of the EU rather than in, this was never my overarching reason for voting 'in'. Indeed, I suspect there's a lot of guesswork on both sides around the economic ups and downs of Brexit.

No my reason is different - and one where a strong counterfactual does exist.

I've been fortunate enough to see some wonderful Statesman and women speak over the years- I saw Reagan speak on Capitol Hill, I heard Helmut Kohl speak when I was a student - but the greatest political speech I ever heard 'in the flesh' was given in a meeting room in Portcullis House about 15 years ago - by Michael Heseltine.

He spoke, without notes for maybe 20 minutes, about peace in Europe. He was informed, authoritative, mesmerising, running over maybe 100 years of European history and arguing the case for why it was the EU that had delivered, for the first time, long term peace in Europe.

I have never forgotten it.

I am also of an age that I grew up at a time - the 1970s - when the Second World War may have seemed to us as children as ancient history, but we played football around the air raid shelters in the park, and the railings of the houses in our streets were just stumps in the wall, the metal having been removed (we were told) to make munitions. This makes peace seem a little more fragile perhaps than many people remember.

Similarly war in Europe is not a remote, ludicrous proposition. What we often refer to quite glibly as 'the troubles' is anything but a distance memory, and we have had war in Europe in the recent past, and indeed in the Ukraine right now. It's not coincidence that no EU country has been involved in this.

So my counterfactual for Brexit is this; peace in Western Europe for the next 44 years.

Anything less and Brexit is a failure.
Posted by Richard Morris at 13:50 17 comments: 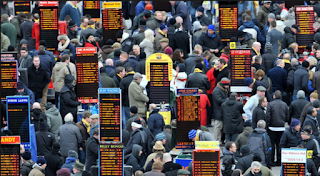 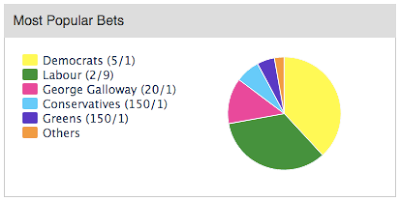 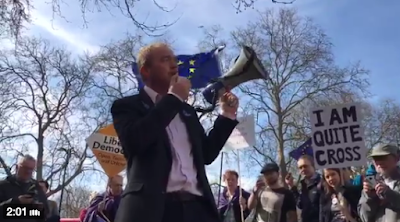 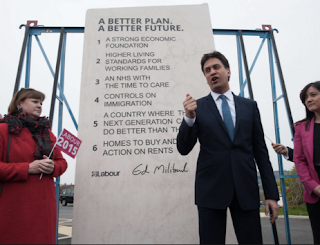 We all remember the madness of the Ed Stone.

Not so much the image of the Leader of the Opposition standing in a wet and windswept car park next to a giant slab of granite that had to be held up by scaffolding to prevent it crushing poor Ed.

But more the vacuousness of the 'promises' made - vague, impossible to measure, some them actually meaningless.

They haven't learned anything.


Now, there's nothing bad there. It's just empty. Which party wouldn't sign up to any of those and pledge to deliver them?

I suppose we should be thankful really. Makes our job easier.
Posted by Richard Morris at 10:38 20 comments:

Quick Quiz: who is this man? 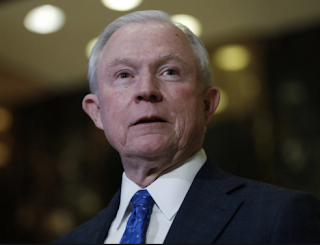 Remember him? Hello? Anyone?

16 days later, most folk can't even remember his name (it's Jeff Sessions BTW)

What happened in the meantime? This tweet from Trump. Which is still dominating the news agenda

Which surely makes it the most effective dead cat thrown in politics in the history of spin.

Try and find a mention of Jeff Sessions in todays's news....

A General Election? This year? No thanks

Recent events have suggested that Theresa May would be wise to call a General Election sooner rather than later - Parliament Act not withstanding.

Word on the street is that the decision to back down on raising Class 4 NIC payments was made after the chair of the 1922 committee had a quiet word with the PM to inform her that there was no chance of forcing it through with her current, narrow majority. This demonstrates the weakness of her position - and she'll have tougher fights than this in the Brexit years ahead. Given the position of Labour, a far bigger majority seems assured if she goes to the country.

Her hand may be further forced by the police investigation into alleged election spend irregularities, that has now been passed on to the CPS.  If things go badly, the current Tory majority could melt away - making the call of a new General Election irresistible.

Now - thanks to the Parliament Act, that election will only occur with support across the political divide in the Commons - and current thinking seems to suggest that we would be delighted to acquiesce. Cheered by Richmond Park, polling (as Neil Monnery has pointed out) at 23% in London, and coming from such a low base, we can only (surely) improve our Parliamentary standing.

But, I fear it will be a case of be careful what you wish for. However well we do, a Labour implosion suggests we will see a new Tory government with a much bigger majority, and a fresh 5 year mandate. Who knows the havoc they will wreak with such a majority. And there will be little we can do to stop it.

I fear I'd rather see a Tory PM defending a wafer thin majority while she negotiated Brexit, rather than a braying mass of Brexit maniacs sitting behind her.

It seems to me to be the lesser of 2 evils.

Theresa May joins the Lib Dems 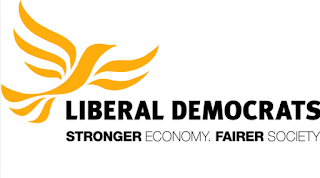 Imagine my surprise when watching Theresa May try and explain the Class 4 NIC debacle on last night's News at Ten, to hear the PM announce...

"As the Chancellor made clear yesterday, we will use this moment of change to build a stronger economy and a fairer society"

I don't know if this rings any bells with anyone...

Trump throws a dead cat. Everyone falls for it. What's wrong with the media?

Remember those far off days when the world was focussed on the question, did the US Attorney General mislead Congress and lie on oath in his confirmation hearings and therefore would he need to resign?

It was, um, 3 days ago in case you've forgotten.

What happened next is classic media management by the White House.

If reports are to be believed, Trump was livid that everyone was talking about Jeff Sessions and his allegedly being 'economical with the acualite' rather than how utterly brilliant his address to Congress was (or not) and how great he looked in a bomber jacket and a cap.

Indeed, we was so cross he told Bannon and Priebus that they couldn't sit on his plane on the weekend jaunt to Florida

But of course what do you do when you want folk to stop talking about something. You throw a dead cat on the table and suddenly, everyone's talking about the dead cat. Which is exactly what this tweet does...

Does anyone really believe this is true? I doubt it.

But every headline since Saturday morning has been about this. I've not read anything about Sessions since Saturday (other than, ironically, it's the Justice Department that he heads up that will have to investigate the claims).

But if I can work this out - I wonder, how come the Democrats and the media have all taken the bait?

Oh Look. Here's the Washington Post just about 8 hours behind my little blog....
Posted by Richard Morris at 10:34 25 comments:

Um. What is this video?

Can anyone explain this video I've just seen on Twitter?
Posted by Richard Morris at 14:53 No comments: