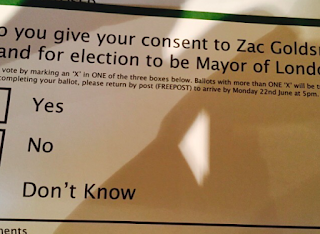 Zac Goldsmith has declared that he is to seek the Tory nomination for Mayor - and is balloting his constituents in Richmond Park (of which I am one) to get their 'permission' to do so.

My ballot and covering letter arrived on Friday - but what wasn't clear was what happens if he wins and becomes Mayor. So I asked him and he was good enough to reply immediately 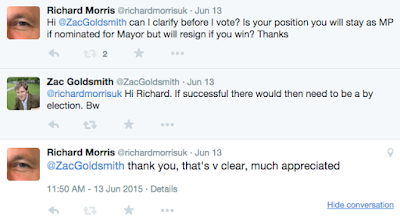 So - I think that's clear now.

What's interesting talking to constituents this weekend (yes, the new 'Comments' is out - for non local activists that's our version of Focus) - most hadn't realised this.

But if Zac wins - there'll be a Summer by election in #hamcommon next year.

"Spare me a thought"

Charles Kennedy. In his own words 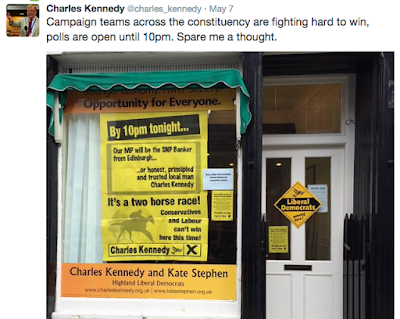 Posted by Richard Morris at 13:13 No comments: