More on the outside space in schools debacle. I'm still livid

Following on from my earlier post on the loosening on the rules over provision of open space in State Schools by the DoE, there has been some clarification.

It seems the rules on selling playing fields remain unchanged (good) but rather, the 'loosening' applies to the provision of play areas and the like.

Which I don't think think is really a lot better.

For example, in my children's school, the playing field is part of the playground. We have an area for chickens, a gardening area with a thriving gardening club, a fantastic wildlife garden (opened by David Attenborough no less), and terrific play and climbing areas. 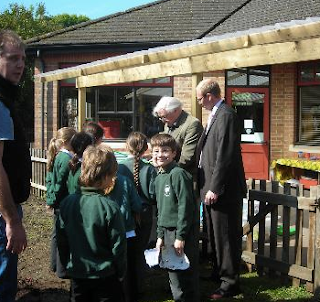 It would be awful if schools were encouraged to minimise these areas in order to sell land for investment. And we must not allow it.

I now hear Labour are to force a vote on this measure in The House (though I see Tom Watson erroneously refers to playing fields). And that this measure is the brainchild of Michael Gove and Lord Hill of Oareford (C). ie. No Lib Dem involvement.

We would do well to support the Labour motion. Children need more areas to play in. Not less.