AA Emmerson: Vince Cable is on your side.... 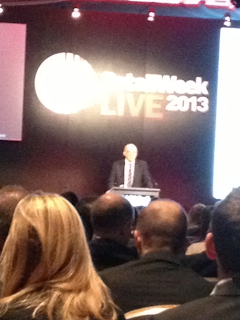 I was lucky enough to attend the Retail Week Live event on Wednesday when one of the keynote speakers was... Vince!

1. He hopes that Rate Relief for small business is rolled over in the Budget next week
2. He called for Business Rates for small businesses on the whole to be reviewed and replaced with a more modern and fairer system. An end to short termism and a long term approach
3. He declined the opportunity to endorse George Osborne as the best person to be Chancellor. 'Let's not go there' he said...
4. He claimed credit for accepting all but one of the Portas recommendations; unfortunately he said there were 38 (there are 28) and today Mary Portas, speaking on Day 2 of the conference, gave all the credit to Steve Hilton and Grant Shapps, but hey.. Vince got in there first.

You can help AA Emmerson too; click on this link and vote for Montagu DIY and Hardware to win the Virgin Money 'BIG KICK OFF' vote - which has the most amazing prize