Dear the BBC; please don't make me buy that song. 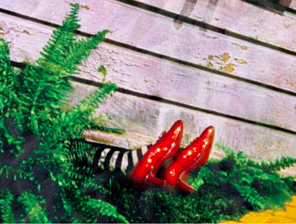 The first are folk with a genuine, passionate grudge about Mrs Thatcher, who honestly are delighted she has died, and want the whole world to know. I think the whole thing's a bit distasteful, perhaps a tad puerile, but if that's what they think then fine, and of course they have a perfect right to both think that, and buy a record that expresses how they feel, and tells the world that a number of people feel the same.

The second are folk who don't have that visceral dislike of Thatcher, but are not great fans, find the whole thing quite funny, and are joining in , in the way folk hiss the villain at pantomimes (or indeed boo the Chancellor at the Paralympics). Again, nothing especially wrong with that.

But if the BBC ban playing the song on the basis of 'taste', then there will be a third group of people buying the song; advocates of free speech, who don't think what can be done and can't be done should be decided by what one group in society think over the views of another. People like Fleet Street Fox. Or me.

I don't want to spend the money. Or indeed be associated with that party going haters.

So, if the song makes the top 5 come Sunday, please play the song BBC.

Seeing tweets like these, which i suspect are accurate...

Strikes me as the worst of every world; still offends those who are offended, pisses off anyone who believes in free speech. A ludicrous BBC decision, if true