Nick was of course the person who ultimately said no. So he has a claim. Plus it was Nick who originally insisted the bill was a draft only.

Julian Huppert and Paul Strasburger did excellent work both in committee and behind the scenes pointing out what a disaster the bill would be for civil liberties.

The grassroots as a whole did a first class job pointing out why it was just plain wrong - unfair to pick anyone out I think.

And then there's great work by folk like Liberty, Big Brother Watch and all. Plus the odd Tory MP who made all the right noises.

But actually, let's not  forget, when this bill was first introduced, it seemed destined to go through on the nod. It was just 'a simple update' of current legislation we were told, to accomodate changes and developments in technology.

It was only when the message was relayed to Great George Street in well informed and very angry detail just what was going on ,that any seed of doubt was sown. And the forum for that message was a conference call between various special advisors to the leadership and the Lib Dem blogging community.

And that call only took place because of one person, who took it upon herelf to sort it and make it happen. 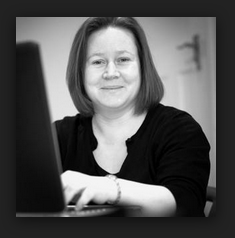 Hats off La Duffett. If anyone can say 'I killed the Snoopers Charter' -  it's you.