Vince vs Zac. I've got a ring side seat 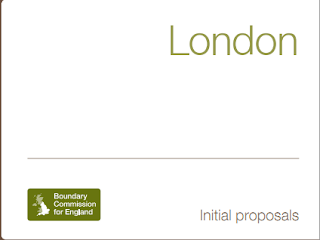 I've now stopped giggling at the news that Nadine Dorries Mid Beds constituency is scheduled for destruction in the proposed changes from The Boundary Commission and turned instead to my more immediate concern.

Which is displayed below:

Because, should the changes all go through as proposed, then here in Ham Common we are  going to be part of quite a fight. Our constituency of Richmond Park is being merged with Twickenham - which means a heavyweight contest between Zac 'Lord of the Manor' Goldsmith and 'King Vince' is on the cards in a veritable Royal rumble.

Putting aside any selfish thoughts that this makes finding a constituency to fight close to home just a tad harder (!!!!) we will have to regard this fight as having started now - as Zac will undoubtably bring the considerable resources he brought to bear in the last election back on line.

So a death match on my doorstep. Hmm.

Aha. There is an alternative. A new constituency is also being established in Teddington, encompassing some of the old Twickenham seat. Which will Vince fight? Watch this space!!

Yes. I know there are 112 hoops to jump through before any of this becomes reality. But where's the fun in waiting for all that?
Posted by Richard Morris at 18:15