Why on earth do the current Tories keep promoting public schoolboys...?

Here's a list of Tory leaders. Spot the odd one out

Can you spot the odd one out?

It's Harold Macmillan. He's the only privately educated one that actually won a General Election.

Of course Major, Thatcher and Heath all won majorities - but were all State educated.

Which kind of begs the question - why on earth do the Tories think a privately educated leader will win a general election for them?

Of course, Hague, Howard and IDS were also State educated. Which means Cameron is the first Tory leader to be privately educated since Douglas-Home.

I can't help but think if they could run posters like this, they'd be in a rather better position to say 'we're all in this together...' 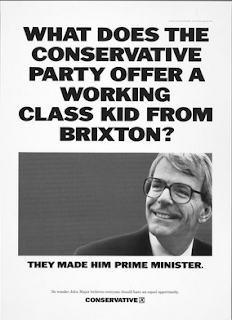